Manual of recognition of weeds in the cultivation of sugarcane

Weed plants are those plant species present in agricultural ecosystems that compete for water and nutrients with growing plants. In this sense it is usual to refer to them as weeds or weeds, considering that they can cause economic losses to the farmer by interfering in the agronomic development of commercial plantations.

In Colombia, specifically in the Cauca River Valley, more than 215 weed species associated with sugarcane cultivation have been identified, Saccharum officinarum L.. (Poaceae). This diversity justifies the need to learn to differentiate them both visually and in their taxonomic classification, in order to ensure the correct management of them according to their effect on the productive system.

The Manual of recognition of weeds in the cultivation of sugarcane is a work produced by Cenicaña with the scientific support of Eugenio Escobar Manrique, forestry engineer graduated from the University of Tolima and professor emeritus of the National University of Colombia, expert recognized by his botanical and forestry knowledge and for the leadership in the identification of plant species in Colombia, in research sponsored by public and private entities.

The delivery of this manual to the regional agricultural community and, in particular, to the agribusiness sector of sugarcane, is made as a contribution for the recognition of weed species associated with this crop. 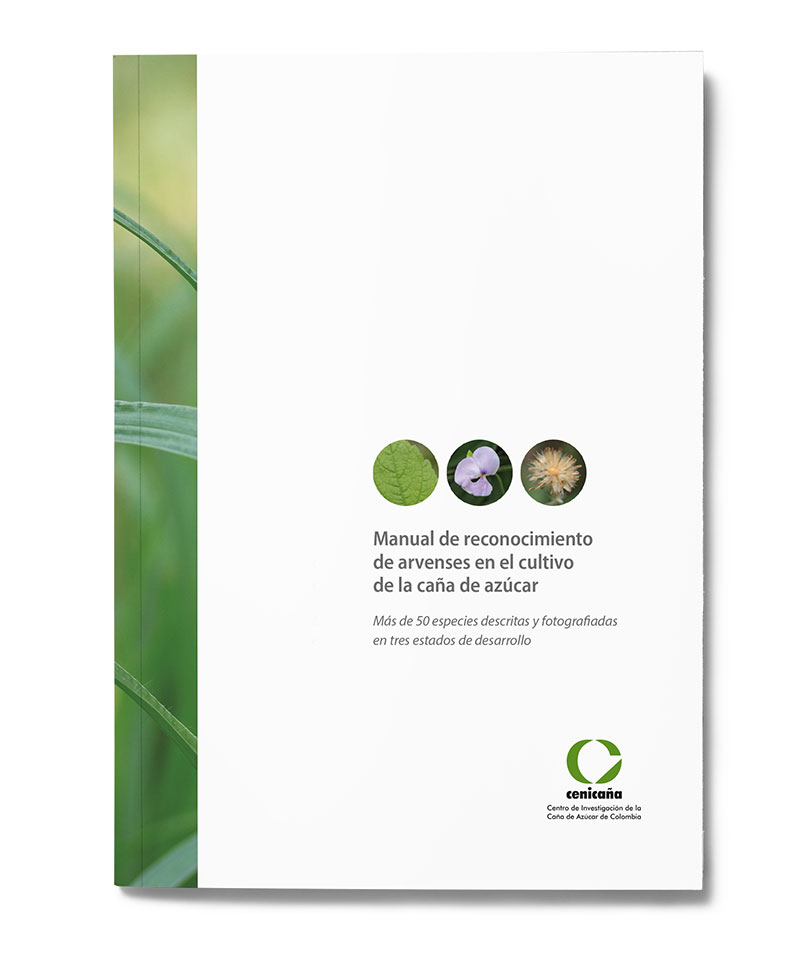 Revised in taxonomic terms and professionally illustrated, the manual describes the morphology of 52 species belonging to 16 families in three stages of development: once the plant germinates, in its intermediate or juvenile state and when it reaches the adult state, with flowers and fruits. It also includes photographs of 68 other species in their adult state, corresponding to 14 families. The specialized terms are explained in the glossary, which is accompanied by a photo gallery. The final index, arranged alphabetically by families, lists the common and scientific name of each species and the page number where it is found.

It is a simple and useful manual for farmers and their collaborators, agronomists and agricultural professionals in general, and for those who are responsible for defining the guidelines of the production system and perform or supervise the cultural work of plant health and control of weeds in the crop of sugarcane.

The complete eradication of weeds in the cultivation fields and in their surroundings are, in many cases, frequent work, although it is well worth reflecting on their convenience. Cenicaña has shown that the conservation of vegetable strips around the cane crops, where broadleaf weeds with nectar-producing flowers (family plants: Asteraceae, Amarantáceas and Malváceas) are maintained, favors the population increase of wild or released biological controllers and in the reduction of pest populations, specifically of stem borer larvae, Diatraea spp. Without proper control, this pest complex can cause losses per hectare close to one ton of cane for each percentage unit of damage.

This new approach to biological control by conservation raises the advantages of stimulating wild vegetation shelters in the surrounding areas, which does not mean abandoning weed management practices within the crop lot or ignoring the existence of at least five species of Poaceae that they are hosts of aphids or aphids virus vectors that affect sugarcane. In practice, the promotion of the natural biodiversity of flora and fauna in the cultivation areas will be given by the knowledge available to properly take advantage of the services that the ecosystem itself provides. 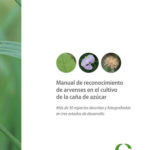 Manual of recognition of weeds in the cultivation of sugarcane