At the La Cabaña mill, Cenicaña carried out experiments that confirm an increase in production thanks to the use of this technology.

A series of commercial scale experiments and validations of fertigation are demonstrating the efficiency of this agronomic practice in foothill areas.

Although Cenicaña's investigations have not been concluded, the first results show that the use of irrigation technologies such as reduced flow or drip irrigation in combination with the application of fertilizers in solution contribute, under certain conditions, to increased production.

Results of the third cut with fertigation with reduced flow:

The previous results confirm that fertigation is efficient applied by means of reduced flow and microtube. Likewise, the best fertilizer fractionation option is with increasingly fertigation applications, that is, applying the largest amounts of fertilizer towards the fast growing stage and up to seven months of age of the crop.

Installation of drip fertigation at the Acuario farm, where the commercial scale validation of these technologies was carried out.

The results of the template and first soca did not offer statistical differences in TCH between manual liquid fertilization applied in two events and fertigation applied with reduced flow with decreasing fractionation.

The above confirms that:

"The results have been spectacular"

“El Ingenio La Cabaña has always been in the southern area of ​​high rainfall, so when we located ourselves at the Vallecito ranch, between Florida and Pradera, we knew that we were dealing with something different: a dry area, foothills and in a critical condition due to the low availability of water in summer. We considered it an opportunity to test the reduced flow system; first, thinking about irrigation, but once the system is installed we could go one step further with the fertigation application.

We started in 5.7 hectares, in a farm with historical productivity between 50-60 tons of cane per hectare. In the first cut we went from 56 tons to 109 TCH. For the second cut, despite the fact that production fell throughout the industry and that compared to the workforce there was a reduction, the results continued to present advantages for that area. We had around 97 TCH.

For the third cut we add a different treatment, a kind of simulation of dripping through a microtube hose.

Given this, 50 hectares with reduced flow were installed in the Acuario hacienda, which has the same characteristics in terms of soil condition, slope and stonyness. The results of the template were outstanding, but not those of the second cut due to extreme summer conditions. In the next cut we installed drip fertigation and the results were spectacular. We placed drip fertigation in the much more difficult lots and we had productions of 132 tons per hectare ”.

"Fertigation is a complementary work that allows a greater efficiency of fertilization that can translate into a decrease in the consumption of fertilizers and an increase in production. Fertigation is the ideal complement to low flow and drip irrigation systems. We currently have the possibility of fertigation with these systems in approximately 42.4 ha. Once we have the harvest results and they are positive, we would be installing 354 ha in the next three years. with the necessary infrastructure to fertirrigate, until completing the entire farm that has 431.5 ha ”. 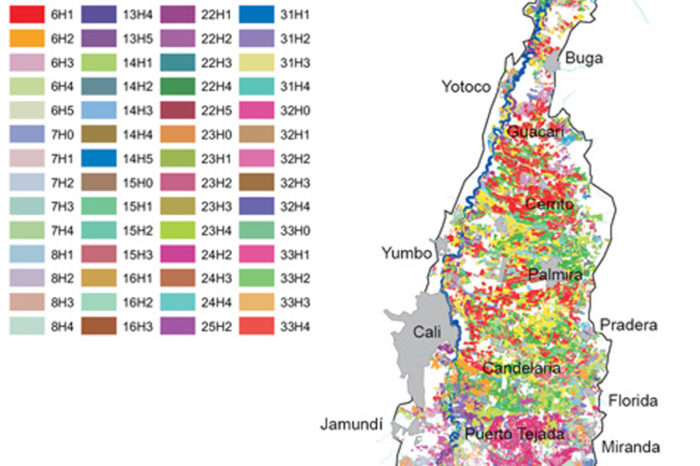