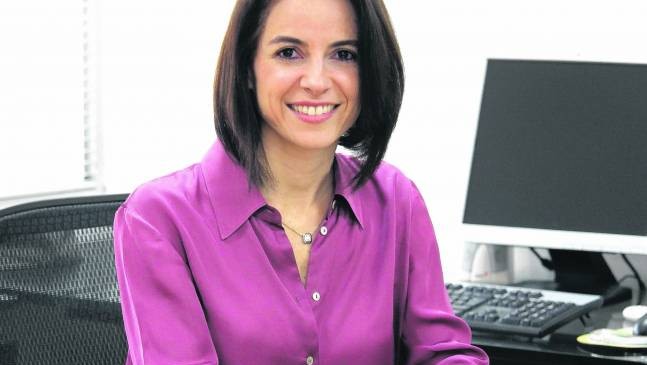 After leading the National Association of Entrepreneurs, Andi, in the Valle del Cauca, María Eugenia Lloreda, assumed the presidency of the Association of Cane Cultivators, Asocaña.

The executive explained to El País the main concerns that agribusiness has for the future, among them, the concern about the increase in subsidized ethanol imports from the United States and the stigmatization of sugar consumption.

He argues that cane is not the department's past, but part of the region's future because of its potential within a new economy characterized by environmentally friendly products and circulating in its production processes.

We are less than two months before the end of 2019, how did the agribusiness of sugarcane go?

It has been a complex year for the sector. In terms of sugar, between January and September 2019, production decreased 7%, 1,67 million tons of sugar were produced, compared to 1,79 million tons last year. In recent months, thanks to the increase in productivity and better climatic conditions, agribusiness has significantly increased its production levels and we believe that at the end of 2019 we will achieve that production is close to the levels reached in 2018.

Regarding bioethanol, this year is expected to close with a production of 440 million liters, which is 5,6% less than in 2018. Subsidized ethanol imports from the United States have prevented greater certainty in the market size and therefore the industry has not been able to develop its potential, which is more than 650 million liters per year.
And finally, power generation continues to consolidate as a new business in the sector. This year we will close with an installed capacity of 319 Megawatts and there are projects under development that will bring this capacity to 337 MW in 2020. This year we plan to generate 737 GWh of surpluses to the network, which means an increase of 1,5% compared to last year. To put it in context, these 737 GWh are enough to meet the annual needs of a city like Pereira.

“Ethanol imported from the US it reaches 26% below the regulated price on account of subsidies. But who stays with this differential are the wholesale importers, the final consumer does not benefit ”: María Eugenia Lloreda Piedrahita, President of Asocaña.

At this moment, what is most troubling to the sector?

There are several issues, but the most urgent at this time is the increase in subsidized ethanol imports from the United States. Those purchases have grown about 900% in the last three years. That is why Fedebiocombustibles requested an investigation from the National Government to seek the application of a countervailing duty for these imports.
In May of this year, the Colombian Government found reasons to impose a provisional countervailing duty of 9,36%, but it was demonstrated that this figure is not sufficient because during the 4 months in which the measure was in force (May to August), the Ethanol imports increased 60% compared to the same period of 2018. National ethanol producers have requested a minimum duty of 20% to compensate for distortions of subsidized imports.

Why is it necessary for the Government to implement that right?

The industry invested US $ 1000 billion in the ethanol business and did so to diversify and respond to a government policy that sought to oxygenate gasoline making it more environmentally friendly, the country's energy security and job creation.
None of this is being fulfilled with imported ethanol, not even environmentally, because corn ethanol that comes from the United States has higher greenhouse gas emissions and, therefore, a higher carbon footprint than ethanol made with cane .
We do not ask to close imports, we request that ethanol from other latitudes and from the USA. Arrive without distorted prices. The distortion of the alcohol subsidy is so strong that neighboring countries such as Brazil and Peru have imposed measures against US ethanol, as have China, India, and the European Union. The result is that, currently, 4 of 10 liters of ethanol consumed in the country are imported from the United States. We hope that the Government defends the national industry because if these imports continue, the impact on the sector would be very high, leading even to close several ethanol plants in the country, on which many jobs depend.

How has the 'demonization' of sugar that exists today hit the sector, has demand dropped?

World consumption continues to increase, but the growth trend has declined. We cannot continue to stigmatize sugar as if it were to blame for all health ills, it is a simplistic position that does not take into account the multifactorial causes of obesity and noncommunicable diseases. Sugar is an ancestral food and obesity as a public health problem is recent.

Another important point is that sugar is a natural ingredient, and as such has no substitute. It is tried to replace with artificial sweeteners or other carbohydrates, fats, preservatives and artificial colors whose caloric or nutritional effect is questionable.
The solution is the adequate consumption not only of sugar, but also of other carbohydrates and fats within a balanced diet, and where physical activity plays a key role.

In the country they have also wanted to touch the sugar price stabilization funds, what do you think about it?
The FEPA (Sugar Price Stabilization Fund) is a public policy instrument that seeks to stabilize the income of national producers and defend them from the volatility of the international market, caused by the distortions of the major world players.
It is important to clarify something. The sector has the highest productivity rates per hectare worldwide and under an international market that operates under the laws of free trade we could compete without problem.
But with the distorted market that I mentioned earlier because of the subsidies of the big producers, if these instruments were not available, the cane agribusiness cluster as we know it today would disappear and with it, the 286.000 jobs between direct and indirect and the socioeconomic sustainability of the entire Cauca River geographical valley, where 65% of families depend on the sector.

There has been a lot of pressure from the food industry to eliminate these instruments because they say they keep the price of sugar high in the country ...

If you look at domestic sugar prices in Colombia, compared to other countries, you find that they are below the average of a large sample of nations. No country sells internally at the international price because it is a distorted price that does not cover production costs, so each territory has a way of stabilizing its internal prices to give greater security to producers, processors and consumers.

Another element that must be taken into account is that when sugar prices fall internally, the prices of products that use sugar as input do not necessarily decrease, since other variables influence the final cost of these. Sugar is just one more raw material that has a low weight in the cost structure of these sectors.

The industry has a presence in Cauca, what do you think of what is happening in that department?
The first thing is to express our solidarity with the victims, social leaders and indigenous communities that have been affected by the recent acts of violence in the department. Undoubtedly, a greater presence of the public force committed to security throughout the territory is needed, which protects the life and integrity of its inhabitants, combats illegal activities and guarantees the free exercise of the right to private property.
But in addition to the public force, an integral intervention of the State in the territory is needed. From the private sector we are willing to support the National Government and work together in the development of an infrastructure for production, that is, productive projects, tertiary roads, risk systems that develop agricultural and livestock production. A concrete example of this support from the private sector is the construction of a road through the tax works mechanism between Corinto and Toribío whose execution has already begun. This is a way that communities had been waiting for 40 years. This will favor the commercialization of more than 100 tons of agricultural products, in addition to health services, education, among others.

What projects is the cane industry thinking about?
This agribusiness is much more than sugar, we also produce biofuels and generate energy and other products based on cane. We are a large agribusiness cluster, unique in the Colombian geography and economy with 14 sugar mills, 13 energy cogenerators, 7 bioethanol distilleries, more than 2.750 cane suppliers, 1 paper producer (Propal), 1 sucrochemical company (Sucroal), more than 40 food companies, and more than 10 soda, juice, wine and liquor companies.

I put this context because the possibilities of the cane are immense. For example, at this time the cogeneration is done with bagasse but other residues of the cane plant such as the leaf are being used.
Likewise, these wastes serve to produce many by-products such as agglomerates and natural fertilizers, among others. We are an industry that is characterized by having a circular economy.

In addition to these by-products, multiple environmentally friendly inputs for the cosmetic and bioplastics industry can be manufactured from cane. At this time, when biodegradable products and waste utilization become increasingly important, the cane industry becomes the protagonist of this new bioeconomy.

Why are there still cane burns?
”We have gone from having 70% of controlled burns to 35%, thanks to the fact that today we have 65% of mechanized crops and we are gradually mechanizing the remaining 35%. We understand that burning is annoying for the population and we are working on the issue. However, these are necessary for the cane cutter to do his job, not doing so would jeopardize his safety. The mechanization process has to be gradual, there are 8500 cutters whose jobs we must protect. ”

”Another factor that we must take into account is that burning does not affect people's health. Precisely there is a daily epidemiological follow-up where it is shown that there is no correlation between burned areas, particulate matter and respiratory health consultations, registered in the health centers of all the municipalities where we have the cane planted area ”. 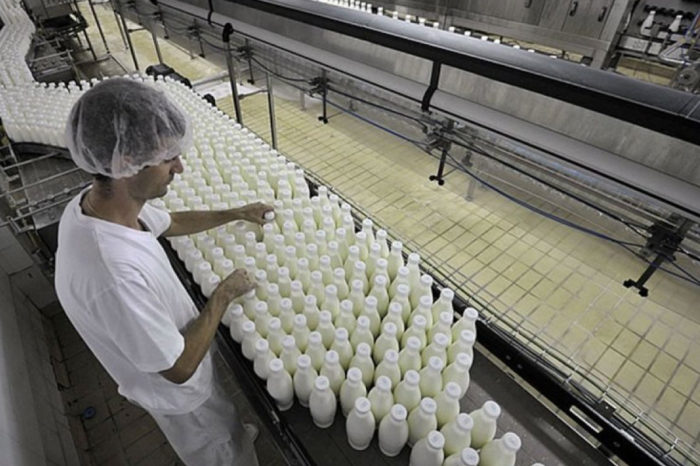 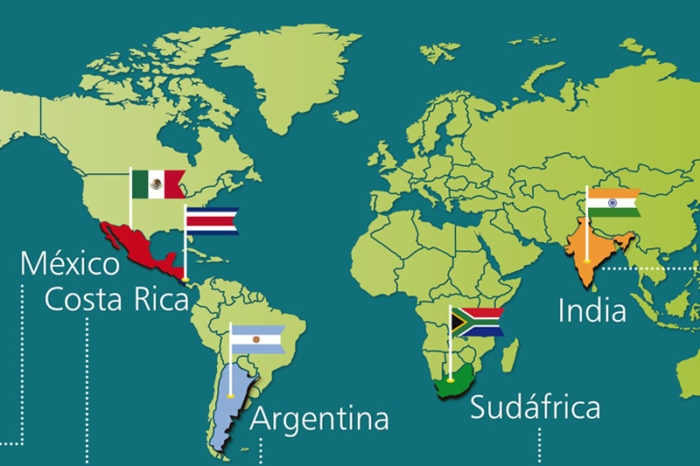 What varieties of cane are sown in the world? Part II 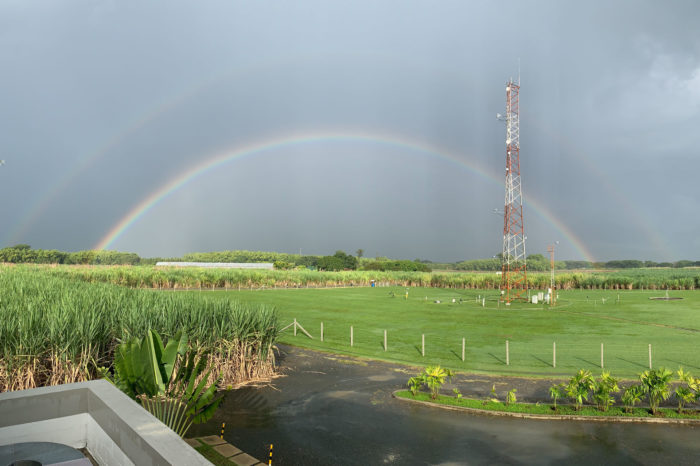 Cenicaña arrives at 40 stations in its Automated Meteorological Network 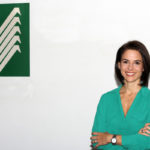