0
3.2K Views
0
Shares
The Cenicaña Board of Directors, the CEO and his collaborators, deeply regret the death of Dr. Clímaco Cassalett Dávila, which occurred on February 20, 2020 in the city of Ibagué, and express sincere condolences to his wife, Lucila Bustillos, his children Clímaco , Gabriel, María Luz, Jorge and Elizabeth, and their grandchildren, Gabriel Andrés, Andrea, Juan Felipe, Santiago, Ana María, María Alejandra, Elena, Nicolás, Enrique, Philipp, Juliana and Gabriela, due to the departure of her husband, father and grandpa.

Clímaco Cassalett Dávila was born in Mompox (Bolívar) on April 4, 1926. Agricultural Engineer (1949, National University - Medellín headquarters) with a master's degree in Science (1959, University of Nebraska) and a doctorate in Genetics and Plant Breeding (1964, Cornell University). ), was the first Director of the Cenicaña Variety Program (1979-1998) and, along with the founders of the Center, was the architect of the Cenicaña structuring. Under his leadership and with the Cenicaña professionals he selected, and with the support of sugar cane mills and growers, the first Cenicaña Colombia (CC) varieties were generated, recognized for their productivity in Colombia and in the world. With his work he left among his most remembered products the variety CC 85-92, of high tonnage and resistant to different diseases, which has been recognized by the sugarcane agribusiness as one of the varieties managing the improvement in productivity in the sector . Along with CC 85-92, Dr. Cassalett and his team obtained dozens of other varieties, among which CC 83-25, CC 84-75, CC 87-434 and CC 85- ​​68 also stand out. Simultaneously with the direction of the Variety Program, he was the Cenicaña Research Coordinator.

For Cenicaña, having had Dr. Clímaco Cassalett in the first years of operation was a privilege due to the wisdom of his contributions to the organization of the Center. Dr. Cassalett generated the bases that today subsist in the Variety Program and that have been fundamental for the development of new varieties of cane that position Colombia as the most productive country per hectare in the cultivation of sugar cane.

After retiring from Cenicaña in 1998, “La Calidad” was linked to seeds with his friend the Agricultural Engineer Miguel Lengua, where he continued to enjoy the improvement of varieties; on that occasion of varieties of sweet corn, another of the crops that made him passionate. In his work he developed several hybrids for the company.

In his spare time he traveled to the coast, to his beloved San Bernardo del Viento where he had his summer house where he enjoyed the sea breeze and the sunsets. When he was bored of this paradise, he took a walk through Santa Marta looking to receive his friends and family at Christmas time. He visited his daughters abroad with his wife, Lucila Bustillos, a barranquillera of upbringing, who always took care of his good taste for food and the wealth of coastal gastronomy, as he did not abandon whey, cassava bun, arepas coastal and the good fish widower.

He enjoyed his grandchildren very much, with whom he spent much of his time, especially when they met at his home in Melgar (Tolima).

On September 6, 2002, in the celebration of the 25th anniversary of Cenicaña, it was perhaps the last time that all the collaborators of the research center had the opportunity to share with our dear leader. That day he gave us the honor of participating in the planting of two leading varieties in the evolution of the sugar industry in Colombia: OTAHEITI and CC 85-92. This sowing was carried out in accordance with Cenicaña's institutional policy of keeping a live sample at the entrance of the Center of the varieties that have marked a milestone in the evolution of the cane agroindustry in Colombia.

Today we share in communion our prayers of gratitude to God for the life of Dr. Cassalett, with the confidence that for him the perpetual light will shine. Amen. 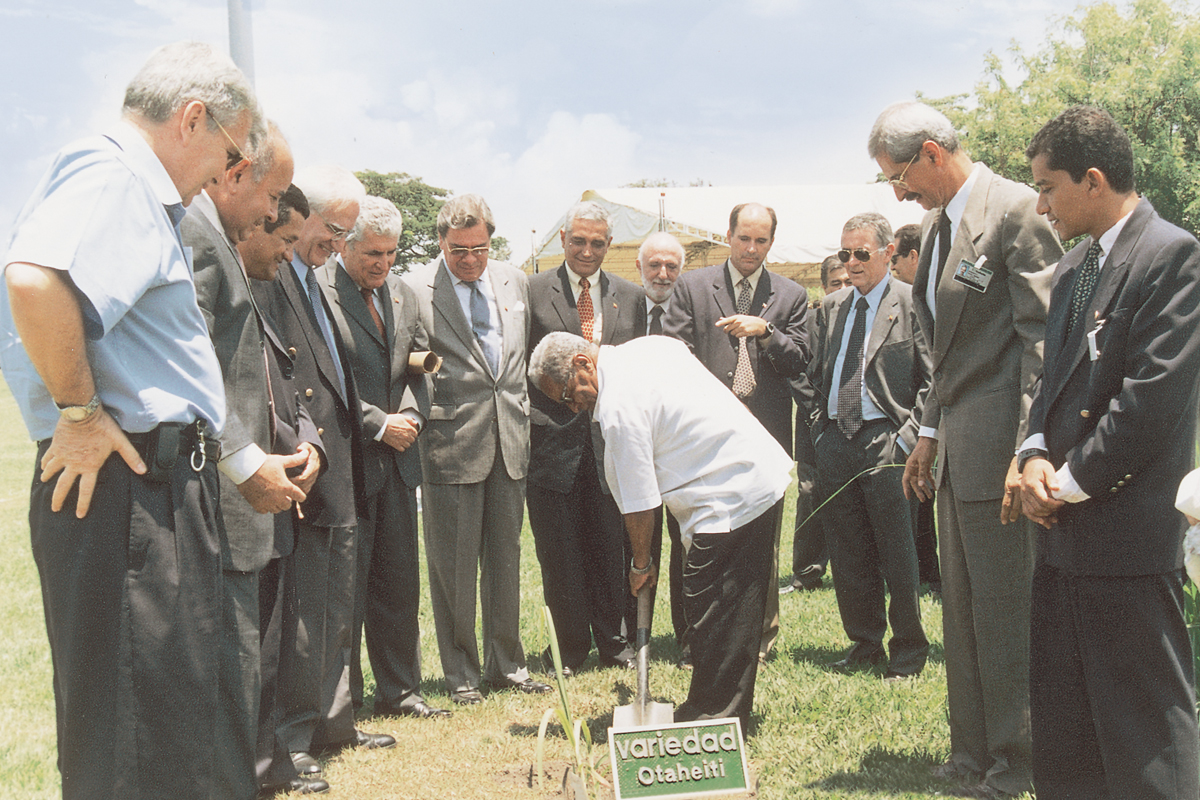 On September 6, 2002, in celebration of Cenicaña's 25th birthday, Dr. Clímaco Cassalett Dávila was our guest of honor and participated in the planting of two fundamental varieties for the evolution of the national sugar agro-industry: OTAHEITI and CC 85- 92.

Brief review of his time in Latin American agriculture:

1969-1970. National University of Colombia (Medellín headquarters): director of the Department of Agronomy of the Faculty of Agronomy. 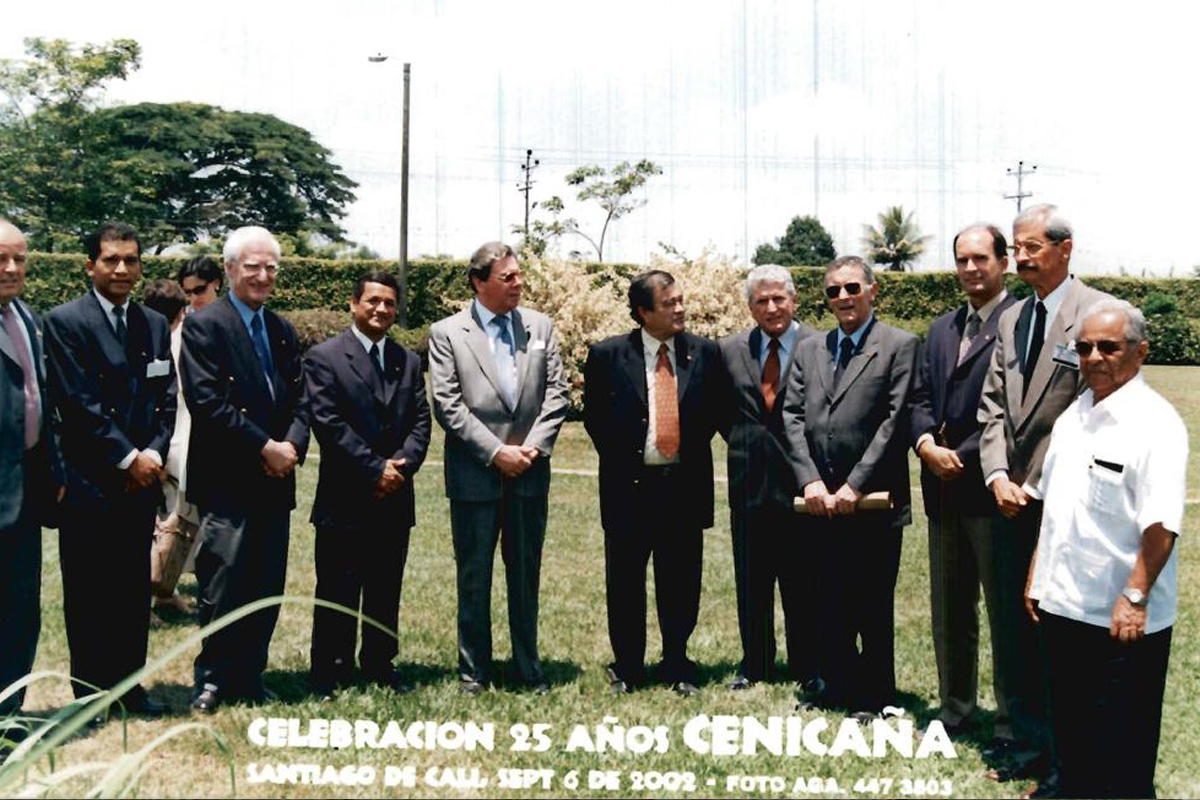 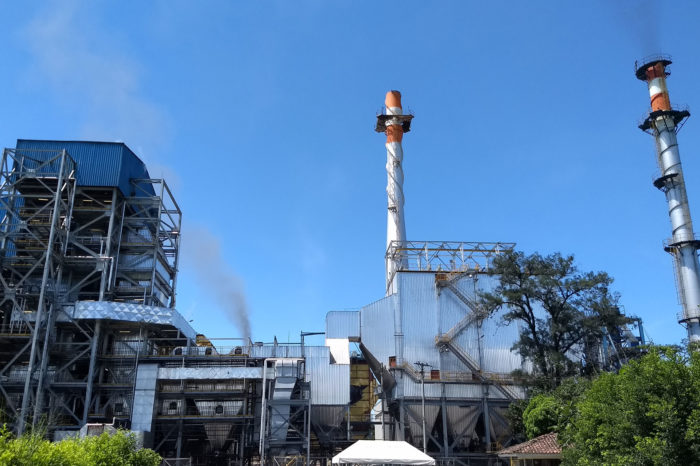 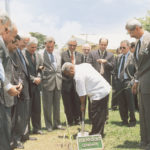