At the meeting of the Plant Health Committee of the sugar agribusiness, actions were agreed to maintain control of the pest in the face of increased damage levels and the appearance of two species of this sugarcane borer that had not been registered before in the valley from the Cauca river.

Last February 18 met the Plant Health Committee in order to examine the situation of the borer Diatraea spp. and its management in sugarcane crops in the Cauca river valley.

The meeting was held at the El Cedrito farm, in Bugalagrande, where Santiago Durán, supplier of the Riopaila mill, presented the management he performs in his crop to face the plague.

During the event, reports of increased damage between 2012 and 2014 were analyzed, which has been associated with the occurrence of D.busckella in the center part of the valley and of D. tabernella in the northern part, species that add to D. saccharalis y D. indigenella who have been present in the valley for many years.

Given this situation, the Plant Health Committee, composed of mills and growers and with the coordination of Cenicaña, agreed to focus its attention on three fundamental actions:

1Strengthen the diagnostic work with the mills in the center and south of the Cauca River Valley to define the distribution of the species of Diatraea in the Cauca river valley. This, in turn, will allow us to move forward in the search for alternatives that can be integrated into the handling of the borers.

2Carry out training sessions in the field on the importance of monitoring to assess the damage and the proper way to do it. In March the training 'Evaluation of the damage of the sugarcane borers begins: Diatraea spp. and its control ', in the Learning and Technical Assistance Program (PAT), so that technical staff of the mills is able to teach butlers and cane suppliers the proper way to carry out field evaluations and release benefits achieve effective pest control

3Make an approach to the laboratories producing charities present in the region to identify the conditions under which these insects produce and their willingness to work together with the sector in the regulation of pest populations. Cenicaña will continue in the exploration and search for additional alternatives to pest management.

During the meeting the situation of an outbreak of the giant cane borer was also presented Telchin licus in sugarcane crops in the Eastern Plains. This pest has been reported in sugarcane, banana and heliconie crops, among others, in the departments of Tolima, Huila, Cauca, Caldas and Quindío 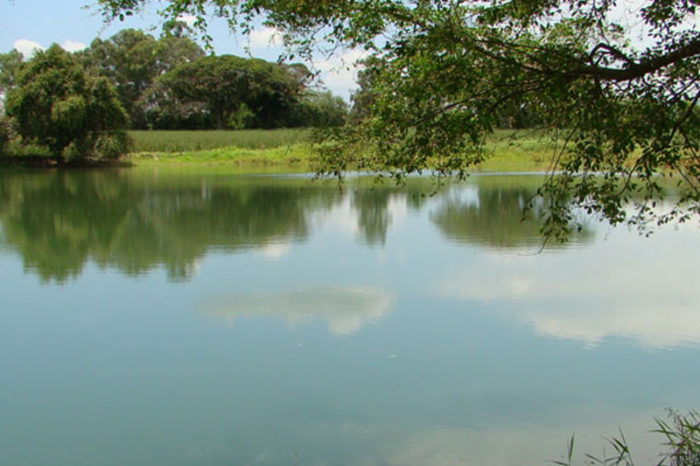