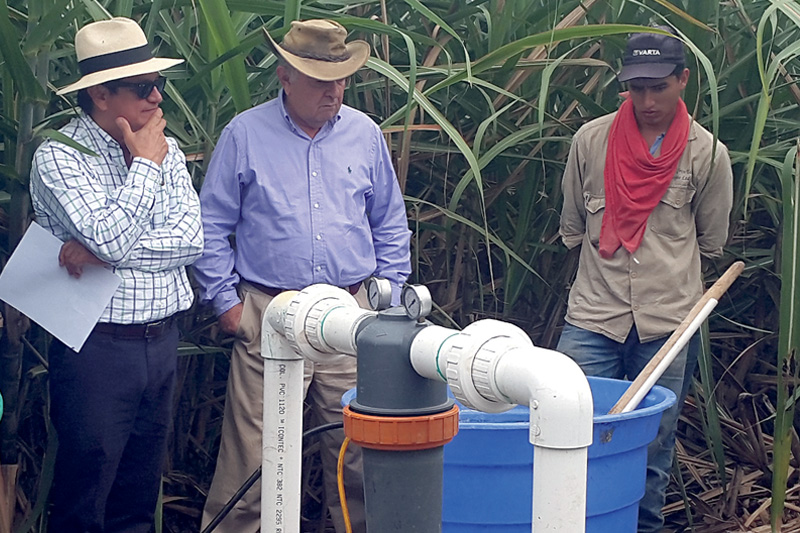 In the test, the limited water supply did not affect productivity when decisions were made with the Site-Specific Agriculture approach.

In order to demonstrate how the Site-Specific Agriculture (AEPS) approach offers advantages in terms of productivity and profitability, between 2015 and 2016 Cenicaña and the Pichichí sugar mill used different management and technologies in a productive unit with limited water supply.

The results in terms of productivity and profitability showed that the scarcity of water may not be decisive when a specific agronomic management is carried out for the cultivation site.

It began by identifying the type of soil and rapidly usable water surface (LARA), in order to select the most suitable irrigation technology for the conditions of the place.

The verification on-site revealed that the soil is clayey skeletal, from the Pichindé consociation, agroecological zone 29H0. The LARA corresponded to 30 mm.

These two characteristics were enough to identify the main need in the cultivation area: to improve the efficiency in the conduction and application of irrigation.

The variety SP 71-6949 was also used, as well as gravity irrigation, continuous furrow and windows that are normally used by the mill in the area.

The two varieties were planted in plots with the three irrigation systems.

During the entire growing cycle (template) 31 drip irrigations were carried out with a 16 mm sheet per event, 27 irrigations with reduced flow applying 34 mm per irrigation event and 9 irrigations through windows with an applied sheet of 151 mm per event .

By increasing the frequency of irrigation with the AEPS focus systems, the cane tonnage increased. However, this increase did not mean an increase in water consumption compared to window irrigation, since these systems improved the efficiencies in conduction and application.

In the case of this validation site, the profitability was 0.6 times higher in the systems with the AEPS approach compared to the other management. 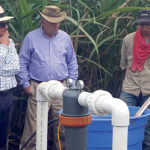