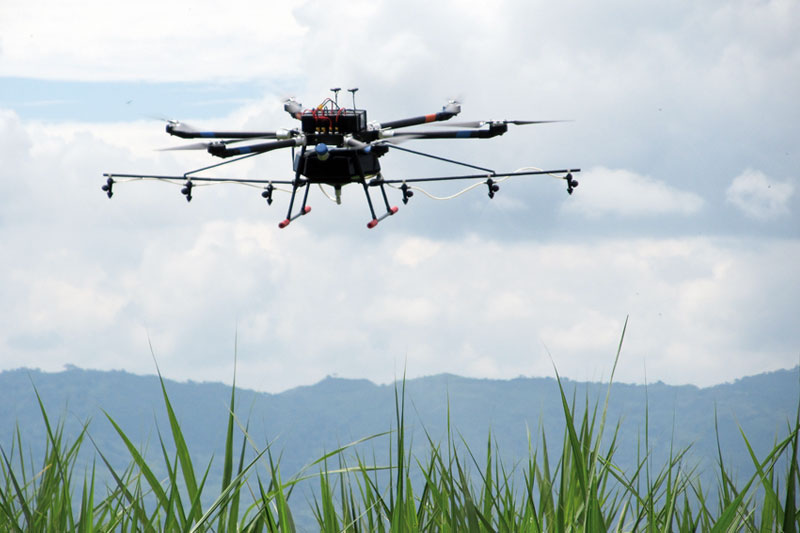 Agriculture commonly uses helicopters, conventional and ultralight aircraft for aerial spraying of agricultural products; However, unmanned aerial vehicles (VANT) or drones are becoming an alternative in many countries.

In Japan drones have been used in the last 20 years, even the agricultural sector uses them to cope with the aging of the field workforce. It is estimated that more than 2500 remote control helicopters (Yamaha RMAX) are used for the application of pesticides on nearly one million hectares of rice in that country.

In Australia, unmanned helicopters are used, especially for weed control, with the permission of the Civil Authority for Aviation Safety (CASA). In the United States, the Federal Aviation Administration (FAA) approved in the first half of 2015 the use of the Japanese helicopter to carry out aerial spraying on crops.

In addition, in the North American country research on the use of drones in agricultural activities is increasingly intense. The University of Michigan, for example, is investigating how to use UAV in tasks such as field reconnaissance, aerial spraying of agricultural products, phytosanitary inspections, surveillance and search for animals.

In Colombia, agriculture uses drones especially for surveying and obtaining vegetation indices by means of multispectral cameras, and very little in aerial spraying of agricultural products.

The Risaralda mill tested an unmanned aerial vehicle from the company Aerospace Scanning Technologies (AeroScanTech) for the application of ripeners in areas with obstacles and difficult reliefs for ultralight aircraft.

After the test applications Cenicaña made a preliminary evaluation of the drone's performance and was able to verify that the operation is technically feasible.

Taking into account the time invested in turns, changing batteries, supplying the mixture and working only between 6:00 am and 10:00 am (hours with favorable environmental conditions), around 8 hectares of ripener per hour could be applied and about 32 hectares daily. Currently with an ultralight aircraft, between 150 and 200 hectares can be applied daily.

The number of drops per cm was measured with water-sensitive cards marked during one of the ripener applications.2, which was 13.5 and the droplet size was estimated (350 to 500 µ), parameters that adjust to what is required in an aerial spraying of ripeners.

However, variations can be made in the sprinkler system, such as: in the types of nozzles and discharge pressures, boom length, number of nozzles and their spacing and width of the application strip with different flight heights; all this in order to achieve greater uniformity in application and make this system an efficient alternative for aerial spraying of agricultural products in the cultivation of sugar cane.

Demonstration of the drone operation at the Cenicaña facilities, before the members of the Maturation Committee. 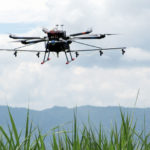