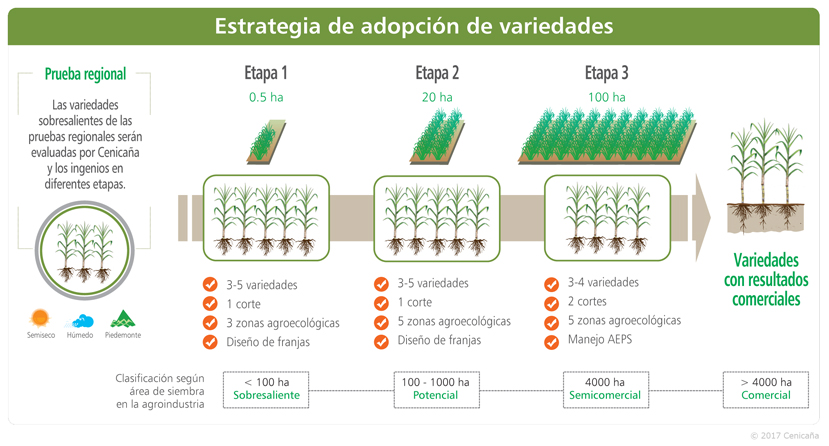 The proposal proposes the establishment of useful areas of up to one hundred hectares, so that the agro-industry can evaluate the productivity results of the new varieties with semi-commercial and commercial data.

Cenicaña designed a strategy to promote the adoption of new varieties and increase its planting area in less time.

According to the director of the Cenicaña Varieties Program, Dr. Jorge I. Victoria, the strategy consists of evaluating the outstanding varieties of the regional tests in three stages and jointly with the mills.

In the first stage, between three and five outstanding varieties are chosen; Each one of them, according to their agroclimatic conditions, will be sown by the mill in half a hectare compared to the traditional varieties (controls). Those that exceed the controls in productivity will continue to the second stage by 20 hectares each. Those that stand out from the commercial ones will go to the third stage, with planting areas of 100 hectares; In this third phase, AEPS will be handled and factory tested to see its commercial adaptation.

The results will support growers, who can make planting decisions with greater confidence.

In this way, the sugarcane agribusiness will have sufficient semi-commercial and commercial data to make economic and statistical analyzes that support renovation decisions or sector productivity projections.

With this joint strategy, the Research Center and the mills seek that the sector can identify the varieties that are best adapted and that the agribusiness in general save time in the adoption of more productive and profitable alternatives. 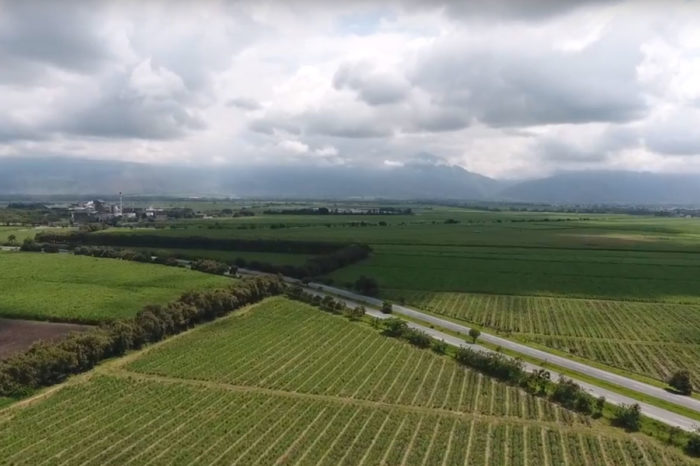 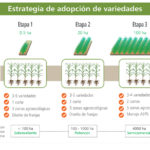