With the recurrent selection methodology, Cenicaña hopes that the variety development process will be more efficient in obtaining progenies.

Cenicaña works on two lines of research with the purpose of developing varieties for the Colombian sugarcane agroindustry, with the focus of Site Specific Agriculture (AEPS).

In this last line, different breeding methodologies are used in order to increase the frequency of genes associated with characteristics of interest in a population and thus be more efficient in obtaining better progeny.

The choice of the breeding method depends on some characteristics of the species to be improved - in our case sugarcane -, such as floral biology, genetic variability, heritability and the number of genes that control expression, among others.

In this sense, and with the objective of achieving progenitors with good sucrose production potential, Cenicaña is working on the recurrent selection method for complex characters such as total sugar content and biomass production, which are controlled by many genes with low heritability.

“This research challenge is part of the project 'Recurrent selection for high sucrose', which has been in progress since 2005 and has already completed two selection cycles in which significant increases in sucrose production have been observed. From each cycle, parents have been selected with which it is expected to increase the sucrose content of the new varieties ”, assured Fredy Salazar, breeder of the Variety Program.

0 Cycle: between 2004 and 2005, through an evaluation and selection process, the initial population was formed with which 52 crosses (families) were made in Tapachula (Mexico), at the Center for Research and Development of Sugar Cane ( CIDCA).

Cycle 1: Between 2005 and 2010, 2464 clones were evaluated and 100 progeny with superior phenotypic behavior were selected in terms of the expression of the trait of interest (12.52% of sucrose and relative gain of 6.4% to the control). A new mating season began at the Cenicaña Experimental Station in San Antonio de los Caballeros, resulting in 69 families.

In addition to the recurrent selection project for sucrose, Cenicaña uses this same methodology to develop varieties that mature earlier (12 months), a project that is in the process of recombining the initial population (cycle 0).

In Memories of the Field Research Committee, September 22, 2015.
Presentation: Recurring selection for sucrose. 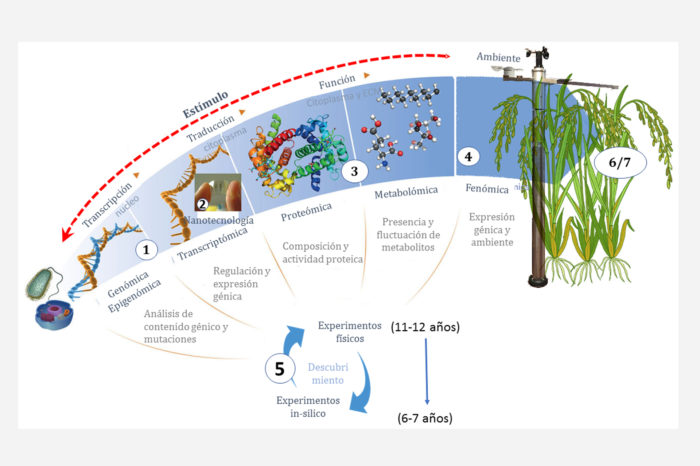 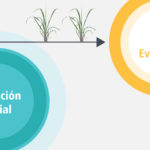