Brief historical review of the sugarcane agribusiness in the country.

The cane in Colombia and in the Cauca river valley

The sugar cane arrived in Cali brought by Sebastián de Belalcázar (1540), who planted it in his Yumbo stay; from there the crop spread through the Cauca river basin. Previously, in 1538, Pedro de Heredia introduced the cane to Colombia through the city of Cartagena.

According to Víctor Manuel Patiño in his book Historical Sketch on Sugarcane: “The sugarcane came to Colombia in 1538 through the port of Cartagena and two years later in 1540 it entered the geographical valley of the Cauca River through Buenaventura, initially planting itself in the left bank of the Cauca River, in Arroyohondo and Cañas Gordas, places very close to Cali, where two sugar mills operated ”. According to Patiño, the penetration into the rest of the country began with María La baja in Bolívar; Valle de Apulo, Rionegro and Guaduas in Cundinamarca; Valle de Tensa in Boyacá and Vélez in Santander.

For the same author: “in the middle of the XNUMXth century the systematic cultivation of sugar cane began. Pedro de Atienza, a bravado Spaniard, is its first industrialist. The miraculous grass had been transported in special nurseries, built in the bilge of the caravels, from Gran Canaria to Santo Domingo. On the island, it happened with an irresistible genetic fury. In this way, these reed beds became the grandparents of those who today present their weapons to the winds of the entire tropical zone. Pedro de Atienza was the first witness of an agricultural miracle, when he verified that in the Valley the grass produced throughout the year, without it being necessary to limit itself to the periodic harvests. With this argument it seems that he convinced the farmers that they did not want to leave the cultivation of corn, cocoa, bananas or livestock. "

According to Patiño, “the Basque Gregorio de Astigarreta did not beat around the bush either. At the end of the XNUMXth century he bought casings on the Amaime River, with impressive intuition, and planted them with sugar cane. He brought from Spain Juan Francisco, Pedro Miranda and Rafael Guerra, who seem to have been sugarcane growers in Granada and the Canary Islands, to run their farms. Little by little the stain of the cane fields spread throughout the plain ”.

Around 1560 three mills were founded on the banks of the Amaime River: that of San Jerónimo, belonging to Gregorio de Astigarreta, and the other two, one to Andrés and another to Lázaro Cobo. There was also a mill in Caloto, owned by Francisco de Belalcázar. The Cobo brothers exported sugar and honey to Panama in 1588. Later, in 1593, Diego Ordonez de Lara exported 180 arrobas, worth two simple pesos, he arrobates. In 1600 there were already mills in Ocaña, Vélez, Mahates, Tocaima, Guaitara, La Palma, Ibagué, Buga, Cali and other regions of the country.

In 1700 the use of cane derivatives for the manufacture of spirits was increased and since 1772 liquor factories (real) were founded in various cities of the country.

The Creole sugarcane that the Spaniards brought at the end of the colonial period, came from the Guianas; The Tahiti or “Otahití” cane was introduced to the Valley between 1802 and 1808. When Alexander Von Humbolt passed through Cali in 1801, he recommended that landowners plant the Otahití cane that shortly afterwards Francisco José Arboleda imported to Japio, Manuel de Caicedo Tenorio to Cañasgordas and Miguel Cabal and José María Lozano Peralta to their estates in Llano de Buga. The Otahití spread across meadows on both sides of the Cauca River. However, Don Manuel de Caicedo kept the old or criolla, while checking if the new was only fury and robustness.

From artisanal grinding to large machines

During the colony, the production of panela, sugar and honey was an artisanal task and thus remained until the beginning of the 1867th century, when a modern plant was inaugurated at Ingenio Manuelita. The first reeds were not very extensive, since there were few neighborhoods. Nor was it ground daily because the demand for sugar and honey was short. The trapiches were rudimentary with two wooden maces, some horizontal manually moved by handlebars of blades and others vertical driven by beast. Only until 1855, as demand increased, Ingenio Manuelita established a horizontal three-mace mill in water-driven iron, which brings bronze stills and spirits grinding equipment. Years ago, in 1855, steam machines were used at the sugar factory in San Pedro Alejandrino and near Ciénaga Grande. By the same date (XNUMX) the use of boilers and sugar mills expanded in Carare and Tequendama.

In 1883 the manufacture of iron mills began at the Pacho hardware store and in 1892, centrifuged sugar was produced at the Berasqui sugar mill in Cienaga de Oro.

At Ingenio Manuelita, in 1901, steam machinery was inaugurated with a cane conveyor, sulfitation tower, filter-press, evaporators, vacuum taps and centrifuges.

Since 1909, the Colombian nation had ceded the privilege of the monopoly of alcohol and spirits to the departments. Law 4a. In 1913, it was the responsibility of the Assemblies to monopolize the production, introduction and sale of intoxicating distilled spirits. Official aguardientería was not immediately installed in the Valle del Cauca, but the production continued to be contracted with individuals.

The arrival of the railroad to Valle del Cauca

Road development was a key factor in the agricultural development of Valle del Cauca. By arrias roads and by river communications the commerce had run since colonial times. In 1915, the railroad had arrived in Cali from Buenaventura, and in 1917 to Palmira and advanced quickly towards Cartago and Popayán. The Central Highway also extended along the pampas. The exchange of goods, the mobilization of people and the transculturization of customs were energized. The different circuits were articulated and an export vocation to other markets that had begun since the end of the XNUMXth century with international coffee and domestic tobacco exports to Antioquia was accentuated for the region.

By 1920, bread and panela sugar is produced with modern machinery in Palmira, Hacienda San José and Hacienda Santa Gertrudis; in Pradera, El Plow and Corozal; in Florida, Industry and Periods; in Corinth, La Elvira, Mendiola and La Siberia; in Caloto, Japio; and in Guachinte, The Nile.

By 1930 there were only three mills in Valle del Cauca: Manuelita, Providencia and Riopaila; From those years the sugar industry began to expand in the region until 22 mills were completed. Between 1920 and 1930, the Sautatá, Cachipay, San Antonio, Mave, Payande and Consacá, Bomboná, Chalguayaco, Ortega and Salinas mills were established.

Between 1930 and 1933, the POJ 2878 variety arrived, which today persists to a large extent in all the sugarcane areas of Colombia, on the recommendation of the Chardón Mission from Puerto Rico. By 1935, El Mosaico fell on the reeds of Antioquia and descended to the Cauca Valley. Fortunately, the POJ 2878 already existed. This crisis indicated that hemp honey research should be strengthened, if one wanted to progress with certainty and firmness towards an agribusiness. The Otahiti variety is replaced by POJ 2878 and POJ 2714.

By 1957 the sugar industry already required a trade union entity to act as an interlocutor for all mills, since they had the same interests, traded the same products and were located in the same geographical area. That concern sowed the seed of asocaña, which was born a year and a half later, on February 12, 1959 with Legal Entity granted by the Ministry of Justice through Resolution 0845 of March 14, 1959.

Between 1960 and 1969 there was a great sugar expansion. He started COLMIELES activities as an exporter of sugars and honey; Its name changes later to CIAMSA.

The Sugarcane Research Center of Colombia, Cenicaña, was established in 1977 as a private, non-profit scientific and technological corporation of indefinite duration, based in Palmira. In the same year, the Colombian Association of Sugar Cane Technicians, Tecnicaña, was founded. In 1978, Ingenio Risaralda established milling. At this time, Colombian cane industry was concentrated in the departments of Cauca, Valle del Cauca, Risaralda, Caldas and Quindío.

The Mayagüez 1980-1993 variety was extended between 74 and 275. The commercial evaluation of promising varieties of Cenicaña began. A social action was deployed in the region in recreation, health, education, culture and environmental programs are intensified.

The XXII World Congress of the ISSCT (International Society of Sugar Technicians) met in Colombia in 1995. In 1996, the agreement for clean production was signed with the Ministry of Environment.

As of 1999, the Cenicaña Colombia (CC) 85-92 variety became the first commercial variety in an area planted by the Colombian sugar industry in the Cauca River Valley. In 2000 the sugar price stabilization fund was created and in 2002 the Automated Meteorological Network was consolidated throughout the Cauca Valley.

The sugar agro-industry, between 1995 and 2005, invested more than 120 million dollars in the environmental area, which was reflected in lower levels of contamination per unit of production per year. The environmental management of the sector was recognized at the national level with the first place awarded to sugar mills through asocaña, in the "National Blue Planet Ecology Award 2002 - 2003: Business Category" awarded by Banco de Occidente. This is the award given for the management and conservation of water in the sugar sector, a vital resource for its own activity and the region in general.

In 2006 and 2007, the detailed soil study carried out by Cenicaña with the cooperation Ingenios and the Agustín Codazzi Geographical Institute (Igac) was given to cane growers in the Cauca River geographical valley.

In the first quarter of 2007, the Colombian sugar agribusiness launched the PM10 Particulate Material Monitoring Network, composed of five automatic stations distributed in the area of ​​influence of the crop in the Cauca River Valley.

The Mayagüez, Providencia, Incauca, Risaralda and Manuelita mills established distilleries to produce ethanol since the end of 2005, in response to Law 693 of 2001, which requires oxygenation of vehicular gasoline with 10% by volume of fuel alcohol produced from biomass.

In August 2015, Riopaila Castilla inaugurated the largest fuel alcohol distillery in the country. The distillery has a daily production capacity of 400.000 liters and 110 million liters per year. In the same year, Riopaila Castilla inaugurated the energy cogeneration plant, the company's main source of energy. This cogeneration plant has the capacity to generate 235 gigawatts of energy annually. 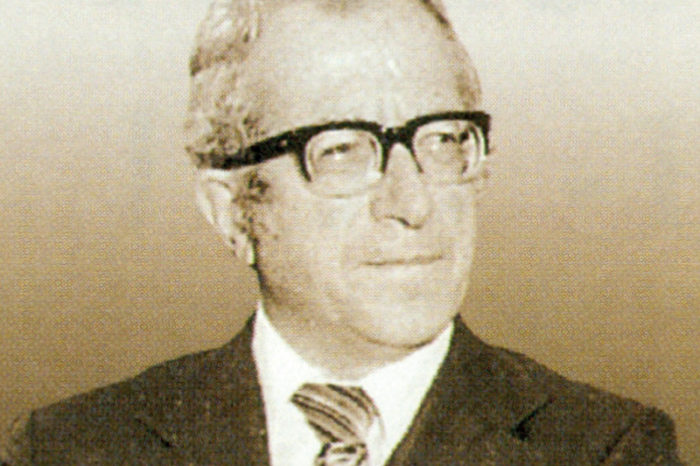 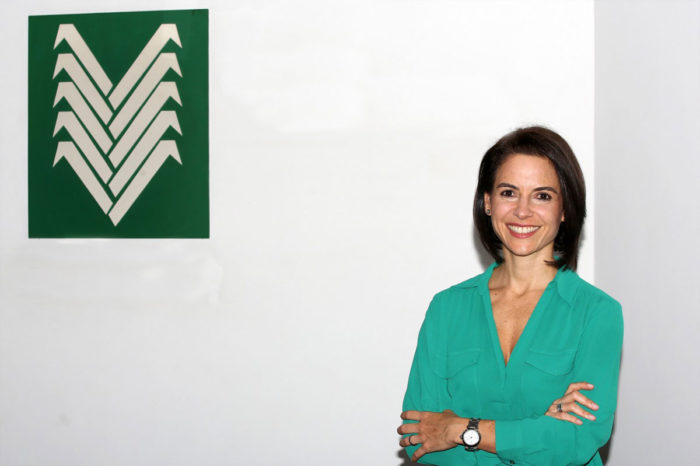 "The sugarcane agroindustry is much more than sugar": María Eugenia Lloreda
Read Next